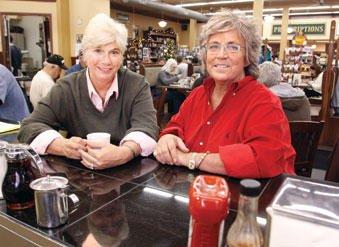 Pam Cohen grew up in Squirrel Hill, on the corner of Forbes and Wightman, attended Allderdice High School and graduated from the University of Pittsburgh. Gail grew up in Jeannette, Pennsylvania and attended Edinboro University. The two met in an amateur golf league circuit in 1978 and became fast friends. In 1980, they purchased Papa Joe’s in Squirrel Hill, turning it from a hamburger joint into a breakfast restaurant. Their specials included a pancake recipe of Pam’s invention and the home fries she perfected. They slowly built up their business…and their dishware! For three years, Pam was the cook and Gail the waitress.

In 1984, they began expanding their business, purchasing the Papa Joe’s in Shadyside. Then in 1986, they purchased the Lincoln Pancake Kitchen in Oakland. In 1989, they took over and renovated the lunch counter in Millvale Lincoln Pharmacy and created Lincoln’s P&G Diner. It was their first diner concept. In May 2004, they continued to build on this concept by opening the P&G Diner in the Strip District on 21st street, replacing Kool Kitchens.

In September of 2004, the P&G franchise experienced a serious set back: they lost the Millvale restaurant to flooding caused by Hurricane Ivan. Refusing to be defeated, they began rebuilding immediately and reopened right before Christmas. Their most recent location was open in Mount Lebanon Memorial Day in 2008, to cater to their South Hills clientele.

It was on Primary Day 2008 that the ladies of P&G got the surprise of their lives: then Senator Barack Obama his wife Michelle stopped into their Strip District location. Gail dined with the Obamas, while Pam cooked…under the supervision of the Secret Service, of course. This breakfast led to what would become perhaps the most exciting, and stressful, day of their careers.

In 2009, Pam and Gail were offered the chance of a lifetime: to cook in the White House! President Obama was hosting a pancake breakfast on Memorial Day for American Veterans and wanted Pam’s special pancakes as the main feature. Arrangements were made, including their hotel stay and getting their secret ingredients shipped overnight to a screening facility in Riverdale, MD. Pam even managed to get two of her special ultra-thin pancake flippers on the invite list.

The ladies arrived at the White House on Memorial day at 6am. After a bit of prep time, they were thrown into a cooking frenzy, serving up just as many plates of their Strawberry and Cream pancakes as their originals. After an extreme morning of cooking, Pam and Gail were able to meet the President himself once more. He told them Michelle was going to be mad for missing the pancakes. She was vacationing at Camp David with the girls. After warm greetings and a bit of conversation, they were hustled off to the State Dining room to finally enjoy the spoils of their efforts with the White House Staff. It was an experience never to be forgotten, making Gail and Pam staunch Obama supporters, as well as spreading P&G Pancake fame across the nation!
The Hebrew Free Loan Association

The Hebrew Free Loan Association of Pittsburgh has been offering interest-free loans on a nonsectarian basis to residents of Allegheny County for nearly 130 years. HFLA offers loans for tuition, home repairs, medical or dental expenses, life-cycle events, debt consolidation, fertility or adoption expenses, vehicle purchase, and small businesses, among others. One of the loan initiatives, in partnership with the Jewish Federation of Greater Pittsburgh, is aimed at the continued vitality of Squirrel Hill. HFLA’s Revitalization Fund is for homeowners in the 15217 zip code who need to make home improvements or repairs.

The Hebrew Free Loan Association is a unique organization for borrowers and donors alike. Borrowers are comfortable approaching Hebrew Free Loan because they are not asking for charity. Both its mission and its everyday practices aim to empower people to achieve their goals while they retain financial stability and independence. Donations to Hebrew Free Loan, in essence, exist in perpetuity, as HFLA funds are recycled from loan to loan. As one borrower repays a loan, that money is then put toward another loan to assist a new individual or family.

HFLA was a pioneer of the concept of microlending in the United States. Founded in 1887, it is the oldest among more than 40 Hebrew Free Loans in the country and it has responded to every major crisis in the area, from flooding in 1936 and 2004 to the waves of immigration in the 1920s and 1980s. HFLA is proud of helping thousands of borrowers in the Pittsburgh area. 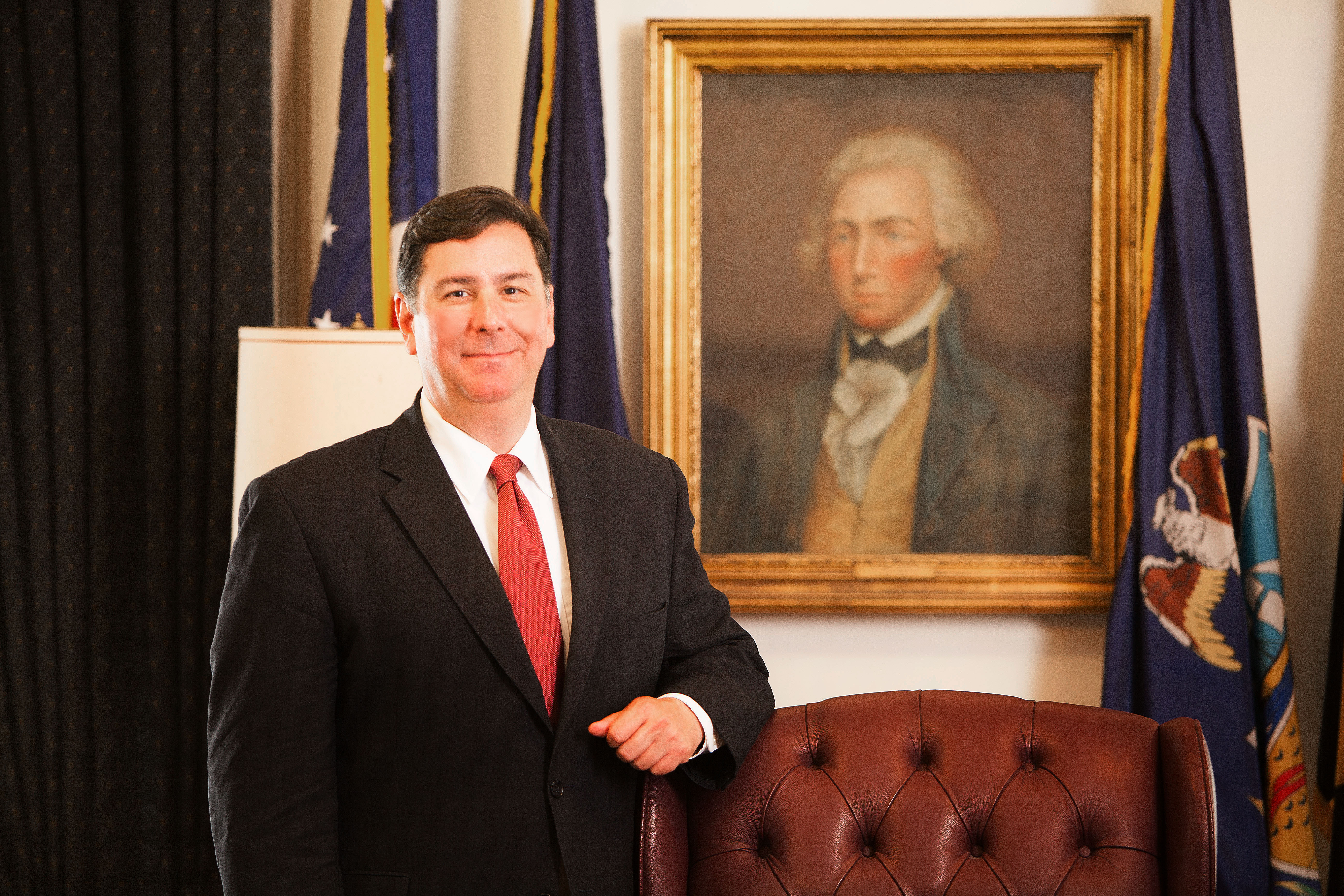 The Honorable Bill Peduto, Mayor of the City of Pittsburgh

William Peduto was elected to the office of Mayor of the City of Pittsburgh in the General Election on November 5, 2013, and took office in January of 2014. Prior to taking office, he worked for 19 years on the Pittsburgh City Council – seven years as a staffer followed by twelve years as a Member of Council. As a “Reform Democrat,” Bill Peduto wrote the most comprehensive package of government reform legislation in Pittsburgh’s history. He strengthened the Ethics Code, created the city’s first Campaign Finance Limits, established Lobbyist Disclosure and Lobbyist Registration and ended No-Bid Contracts. Now as Mayor, Bill continues to champion the protection and enhancement of the next Pittsburgh — one that maintains fiscal responsibility, establishes community based development plans, embraces innovative solutions, and becomes a leader in green initiatives.

The Homewood Cemetery- The 2014 Place Treasure 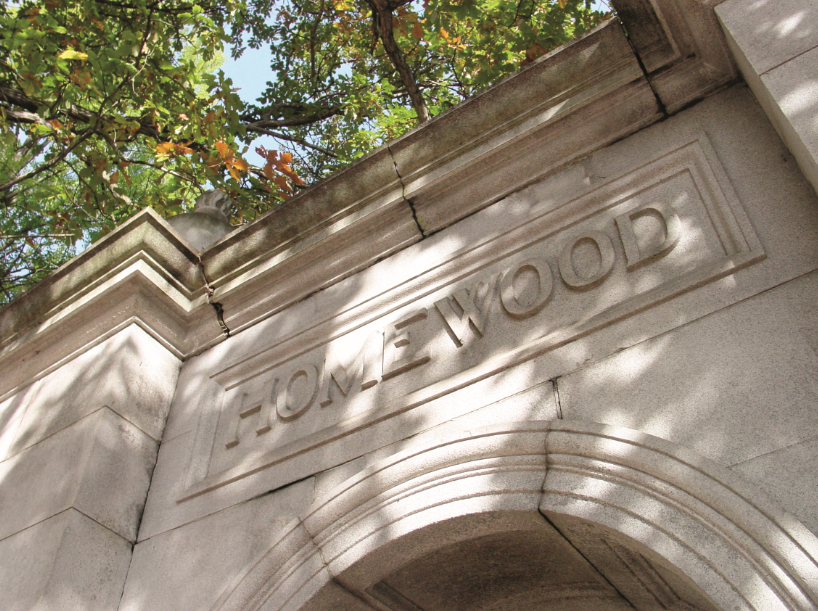 The Homewood Cemetery was founded in 1878 on 175 acres of land carved from the nearly 700 acre estate of the Honorable William Wilkins (1779-1865). A prominent Pittsburgh jurist, United States senator, Ambassador to Russia and Secretary of War under President Tyler, Judge Wilkins designed a stately Greek Revival mansion which he built in 1835 in the midst of virgin forest. The Homewood Cemetery takes its name from his well-appointed estate, which was known simply as Homewood.

The mission with which The Homewood Cemetery was founded was to provide proper burial of the citizens of Pittsburgh regardless of race, religion, or economic status. As Pittsburgh has evolved, this policy of inclusion has allowed Homewood to welcome and serve the city’s Christian, Jewish, Greek, Chinese, Hindu, and Muslim communities by honoring them with funerary practices or customs familiar to their religion. The non-denominational, non-discriminatory nature of the cemetery’s mission was echoed in its founding as a non-profit institution and governed by a non-compensated Board of Directors, a status that remains intact today. All revenue received by the cemetery is placed back into the administration, maintenance and perpetual care of the grounds. This has allowed the nearly 200 acres of historic landscape to be carefully maintained and beautified for the sacred purpose of burial.

The significance of the cemetery as a community resource has accrued value with the passage of time. The initial mission of proper burial for all has made The Homewood Cemetery a steward to the stories of both rich and poor, a keeper of records, sculpture, architecture, and as yet untapped demographic information. The Homewood Cemetery Historical Fund, a 501c3 charitable trust, was formed to protect and to provide support for the care of the architecturally significant buildings and historic landscapes while also providing educational programing about the cemetery as an institution and as a resource for study.

Most recently, The Homewood Cemetery has been designated a Nationally Recognized Arboretum— a designation that extends the cemetery’s commitment to community outreach and education. In identifying and caring for the thousands of trees that inhabit the cemetery landscape, the cemetery hopes to reanimate its importance as an urban green space. Student groups, photographers, and environmentalists as well as joggers, bikers and other casual visitors can interact with over 40 species of significant trees in a setting also rich in history.

While best known as the final resting place for many of Pittsburgh’s notables—Heinz, Mellon, McCune, Posner, Benedum, Mesta and Clark—the true significance of The Homewood Cemetery is that it was designed to embrace everyone, giving everyone access to a stately, respectful resting place. This is a mission the cemetery has fulfilled for over 135 years and will continue for generations to come.