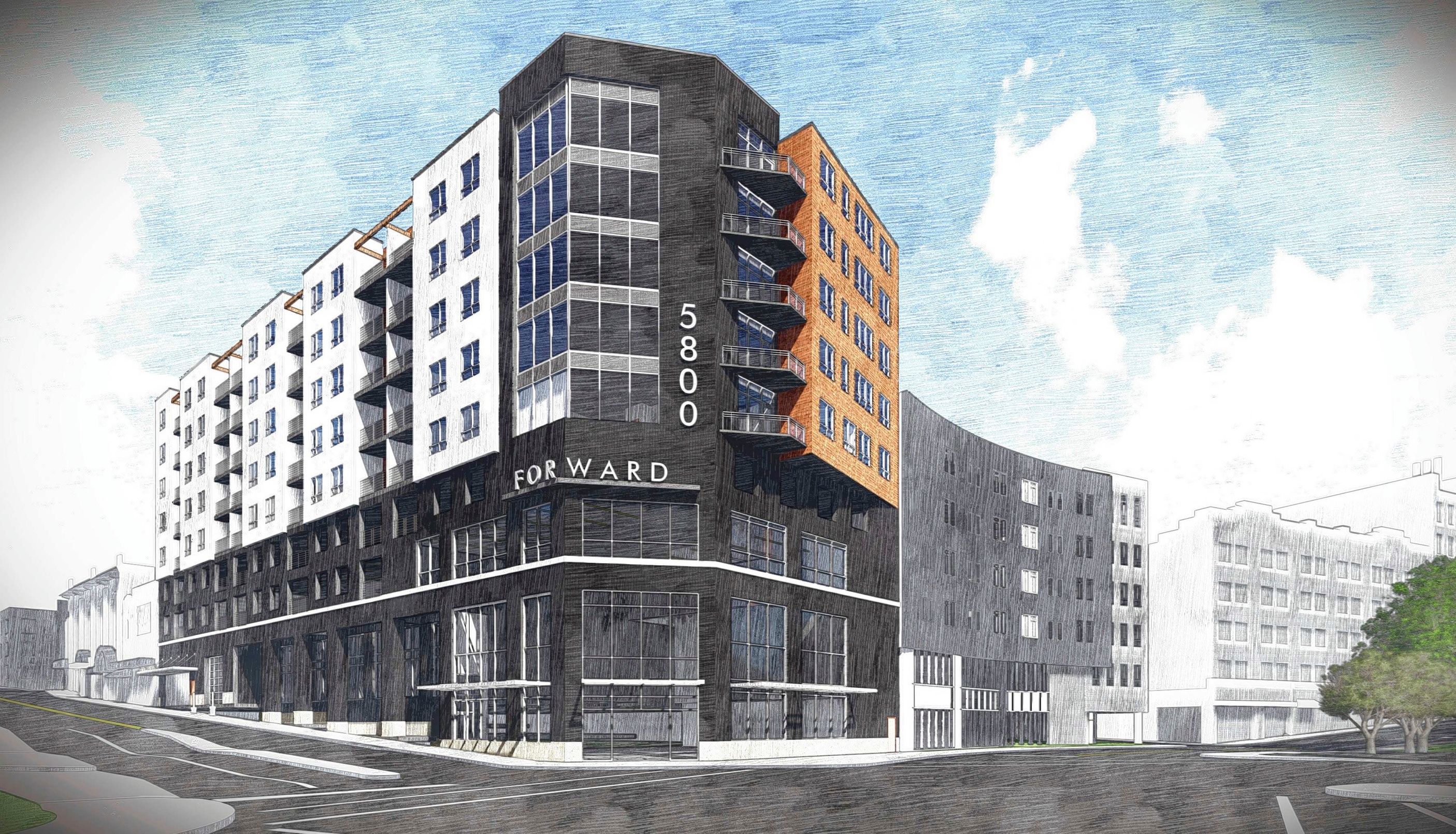 On September 28, 2017, the Coalition submitted a letter of support with contingencies to the City of Pittsburgh Zoning Board of Adjustment regarding a proposed development at 5800 Forward Ave.

The following is an excerpt from that letter:

The Squirrel Hill Urban Coalition (the “Coalition”) supports the granting of all but one of
the variances requested by the applicant under Zoning Case #255 of 2017 for the
development of a mixed-use, multi-unit apartment building with commercial spaces on
the ground floors and integral parking garage to be located at 5800 Forward Avenue.
The development team, Mr. Herky Pollock of Alderson-Forward Properties LLC, and his
architect, Piper O’Brien Herr (POH) has engaged with the Coalition and the community
through meetings and direct communication, beginning in June 2017. On July 24, 2017,
the Coalition co-hosted a public meeting with Councilman Corey O’Connor at the Jewish
Community Center, which was well attended by many neighbors and stakeholders. At
this meeting, Mr. Pollock and his design and development team presented the proposed
project to the community.

The Squirrel Hill Urban Coalition bases its support of the project and the requested
variances as depicted and described in the following;

• Drawings and renderings prepared by Piper O’Brien Herr Architects indicated as
“Schematic Design Set” as presented to the SHUC Gateway and Built Environment
Committees at a joint meeting on September 12, 2017, findings of which were presented
to the SHUC Board on September 19, 2017.
• Information presented or stated at the public meeting on July 24, 2017.
• Email clarifications and communication from Mr. Pollock and his team, and/or
POH between June 2017 and today.

The Coalition is enthusiastically supportive of a dense, mixed-use development, which
includes both commercial and residential occupancy at this location. The Coalition and
community has invested much time and energy in studying this site and overall
“Gateway” area via our 1990 Master Plan and subsequent planning, 2009 Gateway Plan,
and various studies by students at Carnegie Mellon University (CMU), including through
their Remaking Cities Institute in 2014. Our support for the City of Pittsburgh Urban
Redevelopment Authority (URA) and Planning Commission’s declaration of this area as
a Redevelopment Area, and SHUC’s ongoing efforts to continue implementation of the
Gateway Plan, demonstrate our consistent and continued focus on improving this
important portal to our neighborhood.

Click here to read the submitted letter in its entirety.