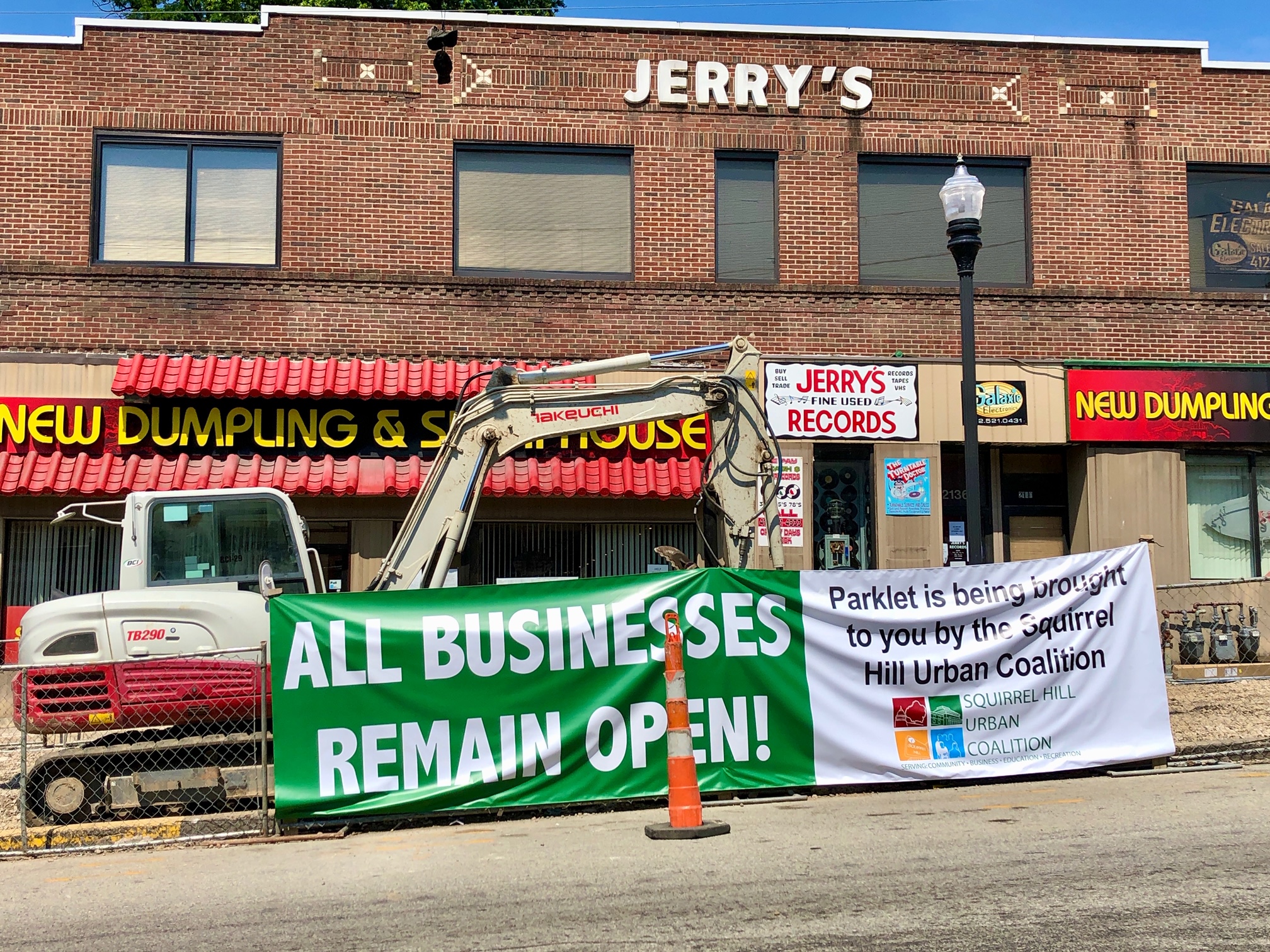 After more than a decade of fundraising and planning by the Squirrel Hill Urban Coalition, construction has begun on the O’Connor’s Corner parklet at the intersection of Murray and Phillips!

The O’Connor’s Corner project, spearheaded by SHUC president and longtime Board/committee member Mardi Isler, is a tribute to the late Pittsburgh mayor and city councilman Bob O’Connor. Mayor O’Connor, known for his kindness, was a longtime Squirrel Hill resident who could often be found talking with constituents at this intersection.

The parklet is due to be complete by the end of the year. Trees will be planted in October and a local artist will paint a mural this autumn. The mural will be the first of several that SHUC is installing around Squirrel Hill. Check our O’Connor’s Corner page for updates on the progress of the park and the mural!