Getting to Squirrel Hill Without a Car 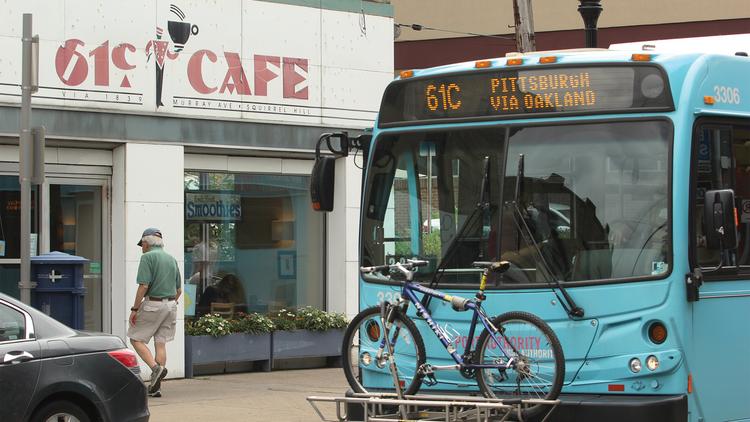 Squirrel Hill is easy to access without a car! Below are some inexpensive and environmentally friendly ways to get to our neighborhood:

Here are some of the bus routes that go through Squirrel Hill, the neighborhoods they connect to, and the parts of Squirrel Hill they run through. The Transit app is a great way to find real-time bus information to make your journey as smooth as possible!

While Squirrel Hill’s elevation can sometimes make it a challenging area for bicycles to enter, the neighborhood’s connections to Pittsburgh bike infrastructure make it a safe destination for cyclists coming from much of the city. BikePGH has great resources for biking in Pittsburgh, including a map of the city’s Bike(+) infrastructure.

Don’t have a bike? Renting bikes from Healthy Ride is an easy way to get around! Anyone with a ConnectCard can get unlimited free bike rides of up to 15 minutes each.

From Downtown (map) – take the Eliza Furnace Trail to the end. Then take the Junction Hollow trail/Boundary Street to the Carnegie Mellon campus (be ready for a steep hill!). Follow the bike lanes on Forbes into Squirrel Hill. Healthy Ride stations are available along Forbes, including at the intersection with Wightman. Note: Boundary Street passes under Forbes, so you will have to pass Forbes and then loop back when you get the chance.

From the North Shore (map) – take the North Shore Trail (or any other North Side bike route) to your bridge of choice. After crossing into Downtown, take the trail along the Allegheny River towards Point State Park. Then follow the instructions from Downtown (above).

From Oakland – take the bike lane on Forbes into Squirrel Hill (map). Healthy Ride stations are available at Forbes & Schenley Drive, Forbes & Wightman, and Forbes & Murray. To access the southern part of the business district (map), take the Bridle Trail in Schenley Park. Turn right on Greenfield Rd and left on Pocussett St. A Healthy Ride station is available at Hobart and Wightman.

From Point Breeze – use the bike lanes on Dallas, Wilkins, and Beechwood, which can take you to the business district (map) or to the main entrance of Frick Park (map). Alternatively, bike through the scenic Homewood Cemetery (map).

From Regent Square – take the Falls Ravine Trail in Frick Park to Beechwood Boulevard (map). If you prefer paved roads, you can take Forbes instead (map).

While Shadyside borders Squirrel Hill, some of the most direct paths (Negley, Murray Hill) are extremely steep, so it can be easier to go through Point Breeze or Oakland. From the eastern part of Shadyside, try taking Beechwood from Mellon Park to the business district (map) or Frick Park (map). From western Shadyside, take Morewood to Forbes (map).

From the South Side (map), Waterfront (map), or McKeesport (map) – take the South Side Trail and/or Great Allegheny Passage to the Hot Metal Bridge. After crossing to the Eliza Furnace Trail, turn right and follow the instructions from Downtown (above).