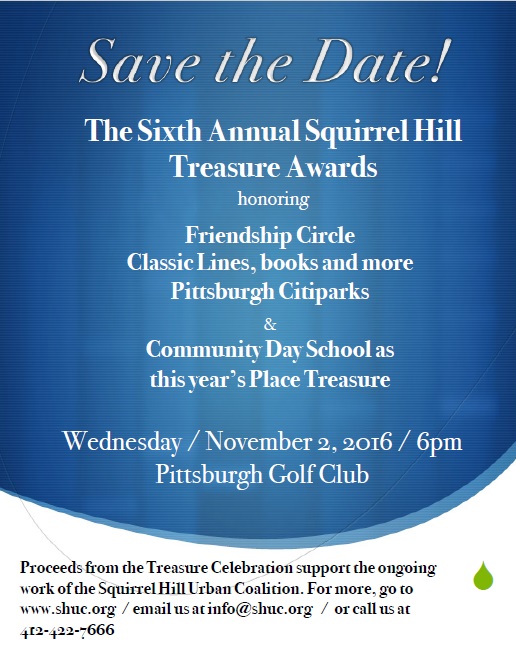 For our 2016 Annual Treasure Awards, we are honoring:

Friendship Circle: A dynamic civic organization leading the way to greater neighborhood inclusion
Classic Lines/Books and more: A vibrant independent business fostering community ties.
Citiparks: An essential Community Partner enlivening our urban backyard.
Community Day School: An Invaluable Historical Building and Educational Institution – Our 2016 Place Treasure
This year’s event will be held on Wednesday, November 2nd, at the Pittsburgh Golf Club. Ticket holders will enjoy a cocktail hour followed by a delicious catered meal. In lieu of speeches, a short, professional produced film will our honor our treasures. Tickets to the dinner are $90. To purchase tickets, visit https://shuc.org/treasures-reservations.

When the Barnes and Noble on Murray Avenue closed its doors in late 2009, it left a deep void in the landscape of Squirrel Hill. In a community full of well educated readers, its loss was profound. As time marched on, nothing moved in to replace the retail giant. When Classic Lines, an independent bookstore, opened in 2014, the neighborhood was more than ready for its arrival.

“It had been just long enough that [Barnes and Noble]had been closed that people didn’t forget, but when I opened, they realized how much they missed it,” said owner Dan Iddings. “Timing was everything.”

Since its opening, Classic Lines has become a favorite destination for readers across the city. With its wide selection of genres, from poetry and creative non-fiction to children’s literature and science fiction, the Forbes Avenue store has something for everyone. But Classic Lines is more than just a bookstore, it’s a literary hot spot. Hosting mostly local writers, Iddings has been offering his space up for to authors since day one. Formal readings and more casual author meet and greets have become an integral part of the services Classic Lines provides. In addition to hosting their own events, Classic Lines became the official bookseller of the Pittsburgh Arts and Lectures series last year. Beyond selling books on-site at the lecture series in Carnegie Music Hall, staff members participate in other smaller events across the city.

While Iddings has no plans to move from his current space in the near future, he is working on renovating their backroom into a designated children’s area. Converting this space would take advantage of the cubbies already included in the the children’s section while allowing them to expand their available titles for Squirrel Hill’s youngest residents.

Classic Lines is proud to be part of the Squirrel Hill community. Iddings himself has lived in and around Squirrel Hill since 1993. “I like its uniqueness and I like its diversity,” he said, while also praising the vitality of our business district and sharing hopes for drawing in more independent retail.

Classic Lines has made itself an invaluable thread in the fabric of our neighborhood and is beyond pleased to be recognized as a Squirrel Hill treasure!

378 For more than 100 years, Pittsburgh Citiparks has been providing parks management and recreational programming across the city for citizens of all ages. In addition to all of our parks, including both Frick and Schenley, Citiparks supports and manages ten rec centers, 14 senior centers, and 19 public pools. They offer a wide range of services from their variety of sports leagues, summer camps, aquatic programs and park events, as well as proving over 100,000 meals to seniors and children in the City of Pittsburgh.

A ranger program was recently added to their list of services after their pilot program started in Schenley Park last year. These Citiparks staff members are available to aid with way finding and information as well as to help maintain order and correct bad behavior in our parks. They hope to expand into Frick Park, currently the largest park in the city, in 2017.

“We feel ourselves to be essential to the well functioning of families and kids across the city,” said Citiparks director Jim Griffin.

Squirrel Hill has benefited from the efforts of Citiparks for generations. Since the inception of our two parks, Schenley and Frick, Citiparks has been there to maintain, expand and develop these local assets. While their park efforts cannot be overlooked, it was a more recent project that endeared them most the community. Last spring, in coordination with several community organizations, they launched the Squirrel Hill farmers market. Located in the Beacon/Barlett parking lot every Sunday morning, the market was instantly popular and has since flourished, drawing in thousands of visitors each year.

“The farmers market was a big win for us last year when we launched in Squirrel Hill,” said Griffin. “We knew it would be successful, but it’s succeeded our expectations.” The farmers market has been a cooperative effort between community groups, local representatives, city services and our own business district. Hailed as one of our most beloved weekly rituals, it’s yet another successful local project headed by Citiparks.

Their designation as a Squirrel Hill Treasure comes during a great renaissance for Citiparks, paring well with their re-branding efforts and the opening of the Frick Environmental Center this fall. They’re thrilled to be chosen and look forward to many more years of serving our community. 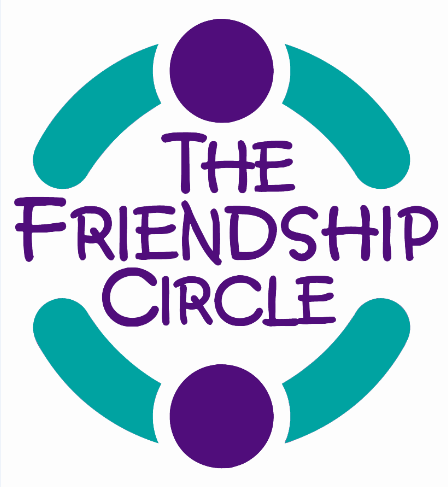 Friendship Circle Pittsburgh was founded in 2006 by Rabbi Mordi Rudolph and his wife. An independent branch of a national organization, Friendship Circle is dedicated to helping children and young adults with special needs to become socially integrated into the broader community. While many Friendship Circles focus solely on their special needs mission, the Pittsburgh branch was inspired more by how the organization could affect and change the greater community. “This is not just about trying to find kids with special needs and making their lives better, but this is about making our whole community better,” said Rabbi Rudolph.

Friendship Circle began with the Friends At Home program, which brings teen volunteers into the homes of special needs kids and teens for friendly, relationship building visits. Through word of mouth and community connections, they slowly built up their membership. In the second year, the introduced their Out with Friends program, which created other opportunities for kids and teens to mingle. These clubs, which include an art club, cooking club and bowling league, offered a less restrictive method of participation in Friendship Circle. Originally hosted at partner locations across the neighborhood, the hope is to move these events into their new building on Murray Avenue. Friendship Circle haw expanded to offer their Out with Friends program in the South Hills as well.

One of Friendship Circle’s greatest challenges in regards to growth, especially with the move to their own building, has been to maintain a feeling of hominess and cohesion in the organization. Friendship Circle is, at its core, about building relationships and creating meaningful friendships. “As much as there will be more activity going on, there will also be opportunities for kids [to get] together in a smaller setting because we find that that can really let them connect in a more meaningful way,” said Rabbi Rudolph.

The evolution of the organization over the last 10 years has been astounding. What started as a program of about twelve teens and twenty-five youth volunteers has expanded to over 500 total participants. Once working out of a small office in Oakland, they are finally settling into their own building on, which provides them with more than enough space to continue expanding they programming while also deepening their connection to the community. Their nomination as a Squirrel Hill Treasure simply proved how much their efforts have impacted Squirrel Hill. 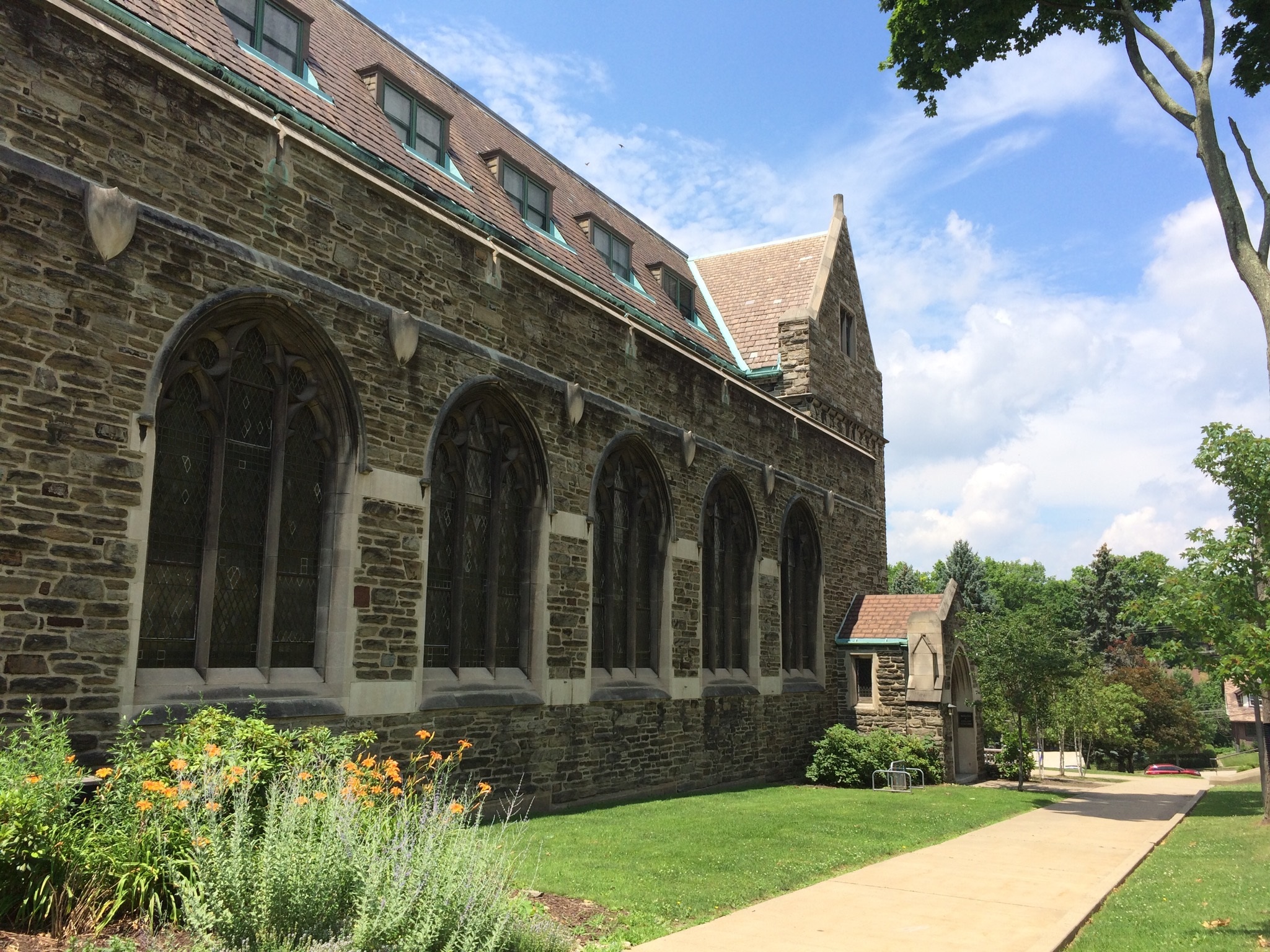 Community Day School (CDS) is a nurturing, academically excellent Jewish day school for the 21st century. As the region’s only independent, co-ed Jewish day school, CDS is a welcoming community where Pittsburgh families who span the spectrum of Jewish belief and practice can learn and connect along with their children.

Celebrating 45 years since its founding in 1972, the history of Community Day School joined with St. Philomena’s in 1996 when shifting demographics necessitated the closing of the parish. With the help of the Jewish Federation of Greater Pittsburgh, late City Councilman Bob O’Connor, Mayor Tom Murphy, and Mardi Isler of the Squirrel Hill Urban Coalition, the castle-like building in the heart of Squirrel Hill became the new home of CDS.

Today, approximately 280 students age 3 to Grade 8 benefit from Community Day School’s rigorous secular curriculum integrated with a relevant Jewish education rich with meaning. Our academic program inspires students to love learning through intellectual inquiry and hands-on discovery. The result? Our alumni are artists, athletes, musicians, inventors, scholars, and leaders at Pittsburgh’s top public and private high schools. They use their gifts and knowledge to succeed at the finest universities and in their chosen professions. And CDS graduates are the future of strong, vibrant Jewish communities worldwide.

The CDS campus is a hub of neighborhood activity, with various community organizations using the school’s playgrounds, athletic field, garden beds, and indoor meeting spaces throughout the year. It also is the site of Gary and Nancy Tuckfelt Keeping Tabs: A Holocaust Sculpture, an internationally renowned landmark of educational and historic significance. Constructed of glass blocks containing six million aluminum tabs, the Keeping Tabs sculpture commemorates each and every one of the Jewish victims of the Holocaust.

While much has changed at the corner of Beechwood and Forward since our building was erected almost a century ago, one thing has stayed the same. Across the generations, children have been lovingly educated in a school deeply rooted in religious tradition and strongly connected to the Squirrel Hill neighborhood.