Written and Assembled by Meghan Poisson-DeWitt 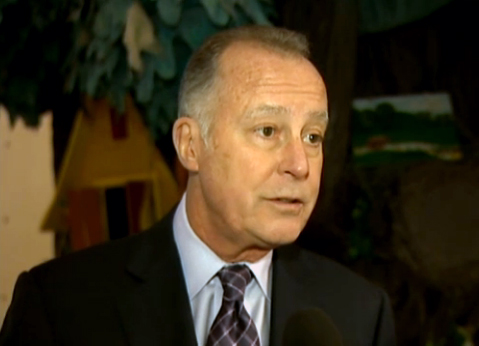 Born and raised in Pittsburgh, Bill Isler’s career in education began soon after graduating from St. Vincent College when he taught sixth and seventh grade. Drafted into the army in 1970, it was his return as director of health agencies’ early childhood services in 1972 that led him to educational leadership. After complete his graduate studies in child development at the University of Pittsburgh in 1976, he went on to hold various positions with the Pennsylvania Department of Education in Harrisburg before joining the Fred Rogers Company in 1984.

While at Pitt, Mr. Isler met Fred Rogers through Fred’s mentor Margaret McFarland. They kept in touch over the years and then in 1984, Fred asked Bill to come back to Pittsburgh and be Vice President of his company.  Mr. Isler’s experience made it a natural fit to take on the challenge of managing a non-profit and expanding the offerings from the well known TV program, Mister Rogers’ Neighborhood, to professional development and training materials for all those who work with young children. As CEO, Mr. Isler works to keep the company focused on Fred Roger’s original vision of an innovative company dedicated to promoting healthy child growth and development.

Perhaps most well-known around Squirrel Hill for his 16 years of involvement with the District 4 School Board, Mr. Isler will be retiring after four successful terms and 5 of those years as president. “I have mixed feelings about it, but it’s time,” he stated. “I said four years ago that this would be my last term.”

Bill promotes education through active participation at the local, state and national level including; The Grable Foundation Board, Carnegie Museum Board, the University of Pittsburgh Cancer Institute (UPCI), University of Pittsburgh School of Information Sciences Board of Visitors, Co-Chair of the Pennsylvania Governor’s Early Learning Council, Treasurer, National Association for the Education of Young Children (NAEYC) Board, National League of Cities; Council on Children, Youth and Education, and Council of Great City Schools executive Committee.

Mr. Isler is a huge supporter of Squirrel Hill and greater Pittsburgh, advocating for important causes and working actively to make our city great. Bill is honored to be chosen as a Squirrel Hill Treasure. 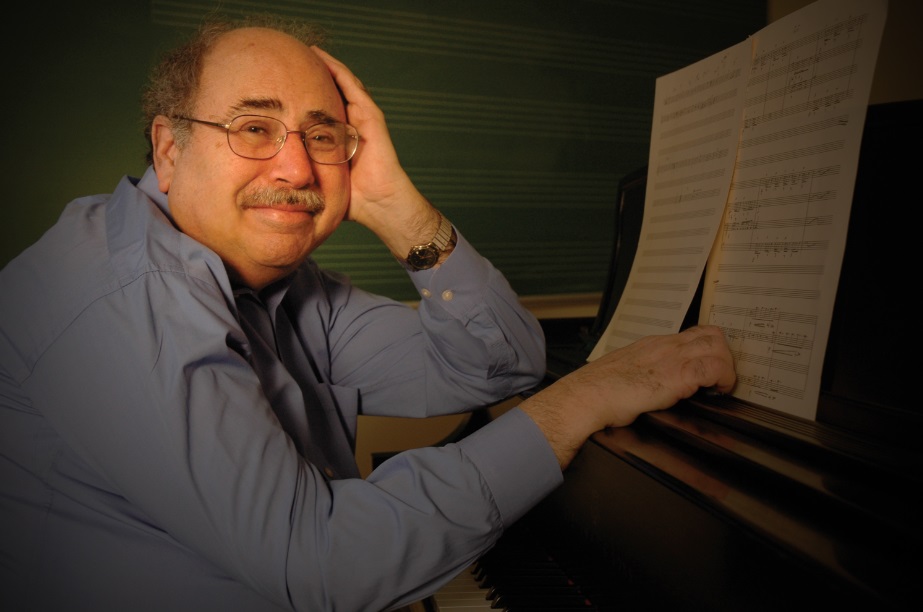 David Stock (born June 3, 1939, Pittsburgh), is Professor Emeritus, Duquesne University, where he conducted the Duquesne Contemporary Ensemble. He has been Composer-in-Residence of the Pittsburgh Symphony, the Seattle Symphony and the Pittsburgh Youth Symphony, and is Conductor Laureate of the Pittsburgh New Music Ensemble, which he founded in 1976. He retired as Music Director of PNME at the end of the 1998/99 season, after 23 years of dedication.

In November 1992, he was selected by the Pittsburgh Cultural Trust to receive the “Creative Achievement Award for Outstanding Established Artist.” His large catalog of works includes six symphonies, ten string quartets, a dozen concerti for various instruments, chamber, solo, and orchestral music, as well as work for dance, theater, TV and film.

Mr. Stock has received a Guggenheim Fellowship, five Fellowship Grants from the National Endowment for the Arts, five Fellowships from the Pennsylvania Council on the Arts, and grants and commissions from Ella Lyman Cabot Trust, the Paderewski Fund for Composers, the Koussevitzky Music Foundation, the Barlow Endowment, Boston Musica Viva, the Pittsburgh Symphony, the Cincinnati Symphony, the Seattle Symphony, the St. Paul Chamber Orchestra, Richard Stoltzman, Duquesne University, the Erie Philharmonic, and many others.

As guest conductor, he has appeared with Australia’s Seymour Group, Poland’s Capella Cracoviensis and Silesian Philharmonic, Mexico’s Foro Internacional de Musica Nueva, Eclipse (Beijing), the Pittsburgh Symphony, the Baltimore Symphony, the Seattle Symphony, the Los Angeles Philharmonic New Music Group, Monday Evening Concerts, the Syracuse Society for New Music, the Minnesota Composers Forum, the American Dance Festival, Opera Theatre of Pittsburgh, the New England Conservatory Contemporary Ensemble, the Chautauqua Symphony, the American Wind Symphony, and the Cleveland Chamber Symphony. Mr. Stock has served as panelist for the National Endowment for the Arts and the Pennsylvania Council on the Arts, and as a host of Da Capo, a weekly series on WQED-FM in Pittsburgh. His television credits include the theme music for the award-winning PBS series “Kennedy Center Tonight.” 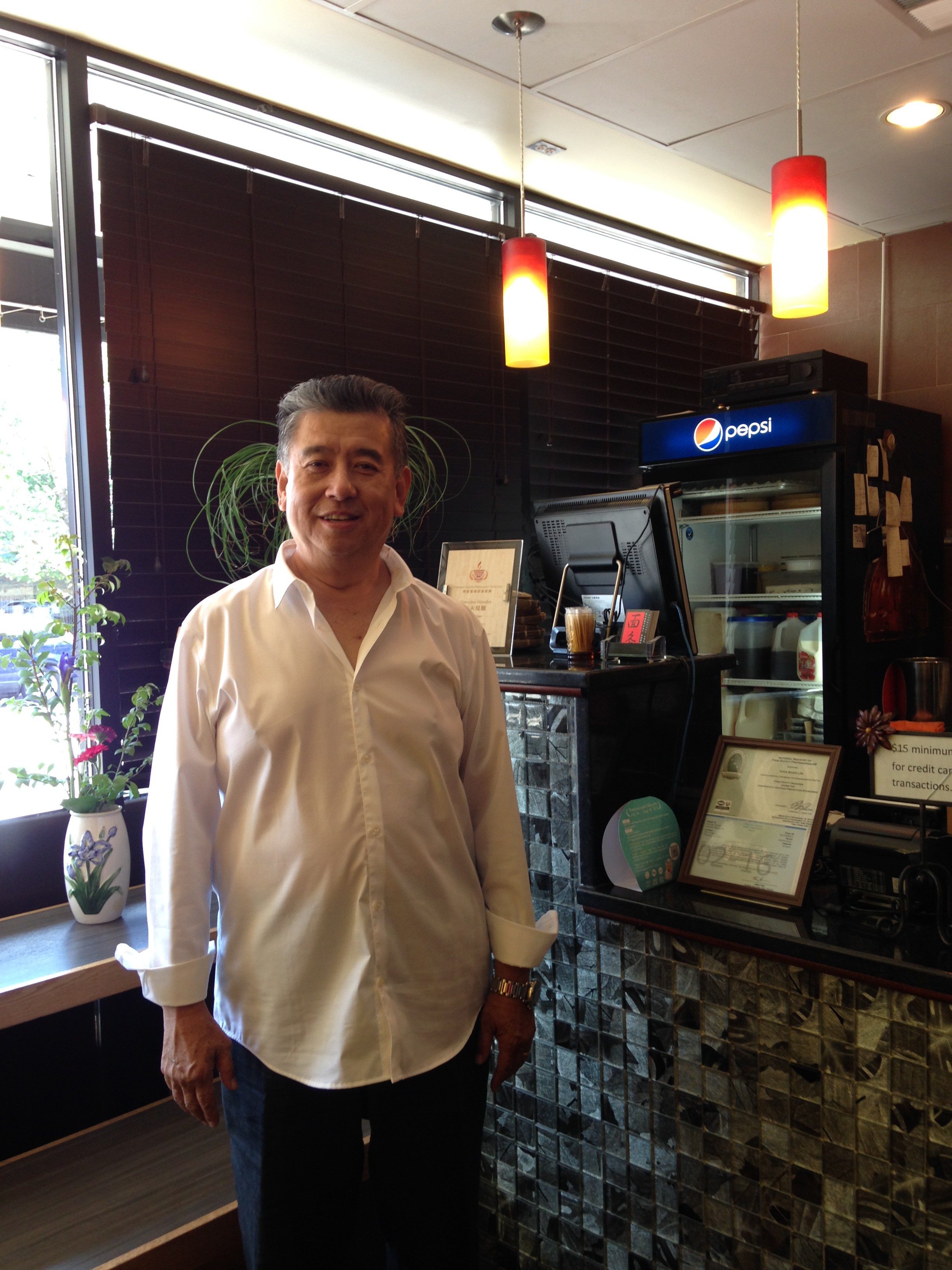 Mike Chen has spent nearly half his life living and working in the Squirrel Hill and Shadyside neighborhoods. The owner of four Asian restaurants in the Pittsburgh area, as well as founder of the Pittsburgh Chinese Restaurant Association, he prides himself on the authenticity of his food and the innovativeness of his restaurants. But his passion for cooking hasn’t always been so strong.

When he moved to Pittsburgh with his wife, a Pittsburgh native, in 1983, opening a restaurant was the last thing he wanted to do. Having grown up in and around restaurants, he wanted to branch out and move away from the family profession. He began his professional life here in Pittsburgh by taking over a small Asian grocery on Murray Avenue. Though his venture was very successful, he still found himself drawn back into the restaurant business. “It seems like the restaurant business is in my blood,” he said.

On August 8th, 1988, Mr. Chen opened his first restaurant- China Palace in Monroeville. Rave reviews and a dedicated pocket of return customers arrived soon after. Following in the success of this first location, he opened a second China Palace in Shadyside in 1990. Then, always looking to bring innovative and authentic cuisine to his customers, Mr. Chen branched out, opening the Japanese eatery Sushi Too in 1992.

Mr. Chen’s most innovative and, arguably, most popular enterprise to date is Squirrel Hill’s own Everyday Noodles. Specializing in authentic Taiwanese food with a theatrical flair, Mr. Chen is incredibly proud of his latest venture. It was even awarded a quality and authenticity designation by the Taiwanese government.

Mr. Chen is dedicated to keeping Squirrel Hill vibrant and diverse by supporting his fellow businesses and working with local organizations to maintain the same high standards he demands in his restaurants for the greater community. He chooses to lead by example and always provide the best he has to offer. 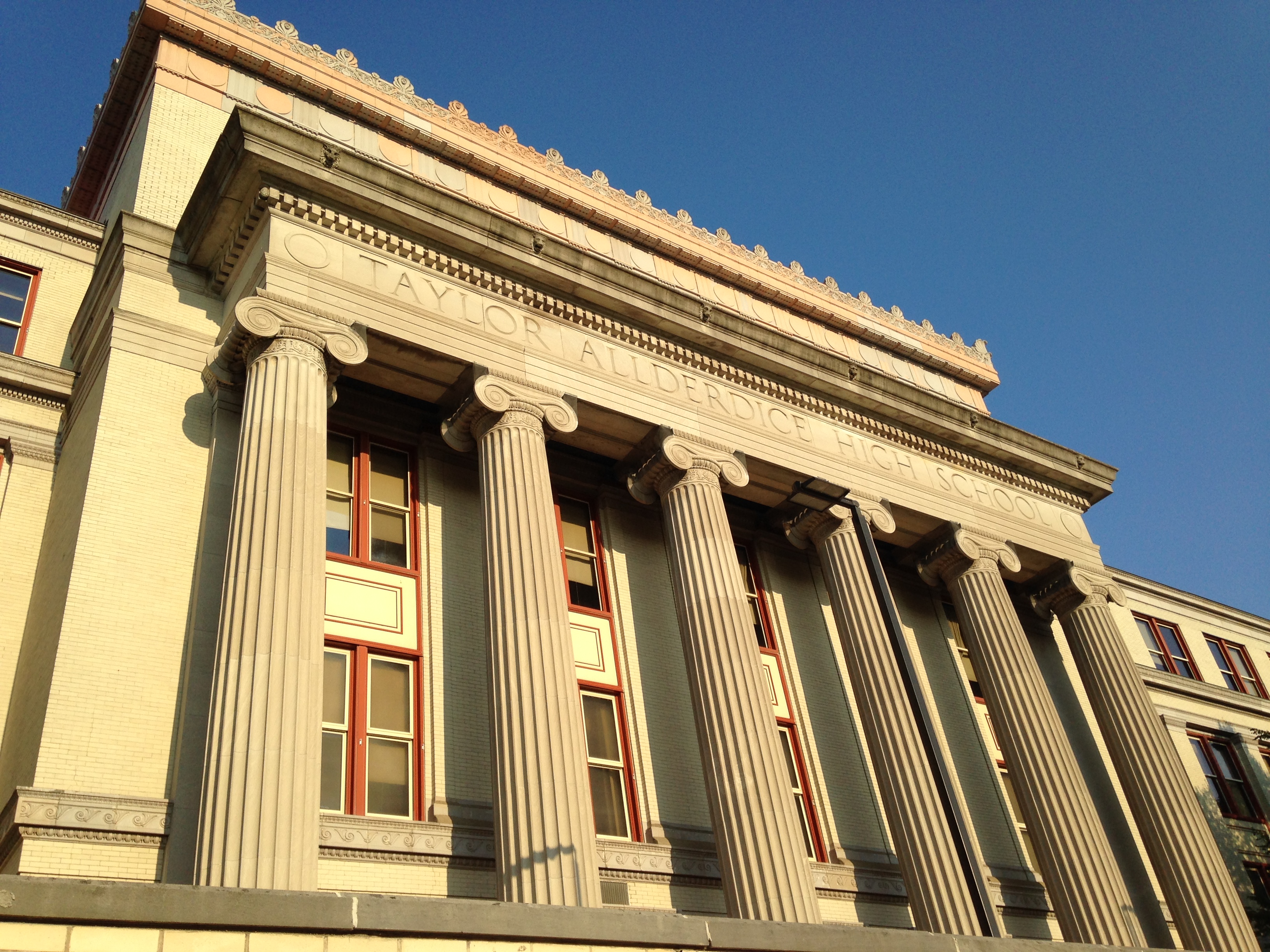 This year’s Place Treasure, Taylor Allderdice High School, was chosen not only for its historical and cultural value to Squirrel Hill but for consistently educating many of the finest minds in the city. Even their sports teams, the Allderdice Dragons, have excelled both athletically and academically throughout the school’s long history.

Allderdice has been a pillar of Squirrel Hill education for almost 90 years. Construction of the school began in 1926. Designed in the Georgian style by architect Robert Maurice Trimble, the school was named for Squirrel Hill resident, school board member and industrialist Taylor Allderdice. Allderdice himself began work in a steel mill at age 18 before obtaining a college degree and rising up to become president of the National Tube Company by the 1920’s.

Opening for students in 1928, the school soon outgrew the original buildings, which included an auditorium and pool. A new addition was constructed behind the original building in 1930. Over the years, other additions were made, including new chemistry and physics laboratories as well as an updated entryway from Shady Avenue. In 2002, Allderdice was awarded a Historic Landmark plaque by the Pittsburgh History and Landmarks Foundation.

Allderdice graduates come from a long line of successful alumni. Alums include many local celebrities, such as past Mayors Bob O’Connor and Richard Caliguiri, as well as world famous celebs like Wiz Kalifa and Mac Miller. Other past graduates went on to make careers in professional sports, various forms of the media and entertainment, as well as the arts and sciences.

As part of the Pittsburgh Promise, Allderdice allows all of their students to attain a college education, a very real problem in our modern world. If its storied past is anything to go on, Taylor Allderdice High School will continue its path of excellence in education well into the future.

A heart-felt thanks to all our wonderful guests, supporters, and in particular to our very generous sponsors! Each dollar made at this event helps to underwrite 47% of our general operating budget. Thank you!