Senior Rabbi James A. Gibson has led Temple Sinai congregation since 1988. For more than two decades he has ignited the spirit of their unique Family of Families through his joyful spirituality, his learned teaching and his passionate commitment to social justice in the Jewish community and beyond.

Rabbi Gibson chairs the Jewish Unity Project for the Jewish Federation of Greater Pittsburgh and co-convenes the Priest-Rabbi Dialogue sponsored by the Diocese of Pittsburgh. He sits on many community boards and serves as co-chair of the Jewish-Christian Dialogue on behalf of the Pittsburgh Area Jewish Committee. He is adjunct faculty at Chatham University and also teaches Catholic high school students through their Catholic-Jewish Educational Enrichment Program (C-JEEP).

Nationally, Rabbi Gibson serves on the Rabbinic Cabinet of the United Jewish Communities as well as on the Commission on Outreach and Membership of the Union for Reform Judaism.

Rabbi Gibson is a graduate of the University of Michigan, where he received his Bachelor’s Degree in History with distinction. Ordained by Hebrew Union College – Jewish Institute of Religion, he studied in both Jerusalem and Cincinnati. He holds a Master of Arts in Hebrew Letters and an honorary Doctorate of Divinity as well. In 2010, he completed the prestigious three-year Rabbinic Leadership Initiative of the Shalom Hartman Institute in Jerusalem and is presently a Rabbinic Fellow in the Institute for Jewish Spirituality. 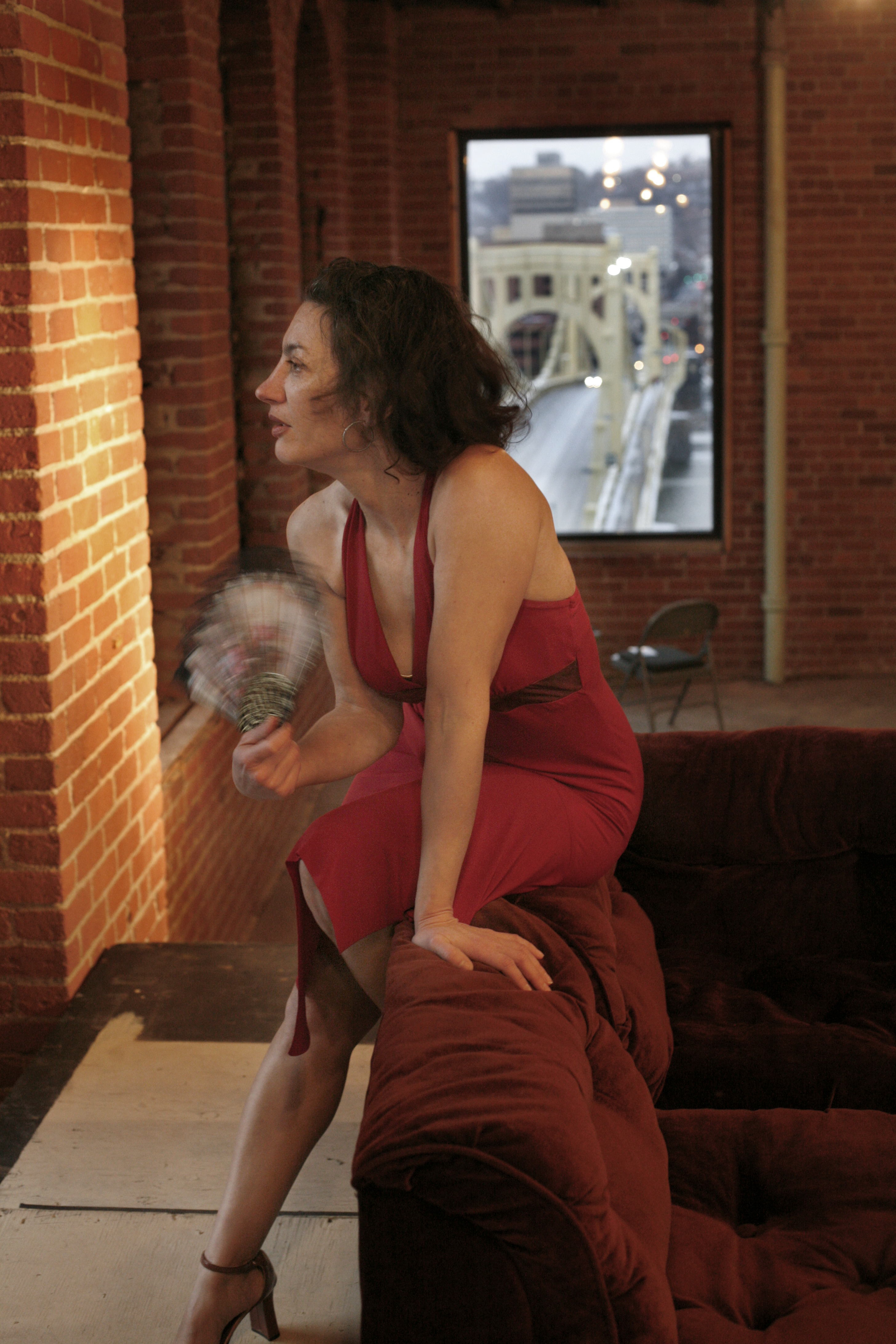 Karla Boos founded Quantum Theatre in 1990 and serves as Artistic Director. The company creates adventurous productions of contemporary theatre from around the world or stages updated classics in innovative performance sites all over the city, and frequently makes original work. Boos often directs or acts for the company.
She recently directed Complicite’s Mnemonic, Osvaldo Golijov’s Grammy Award-winning opera Ainadamar and Roland Schimmelpfennig’s The Golden Dragon, and appeared in Quantum’s world premiere translation of Jon Fosse’s Dream of Autumn. Her original texts for The End of the Affair (adapted from Graham Greene) and The Howling Miller (adapted from Arto Paasilinna) have been produced in recent seasons.
Quantum has toured to the Festival de Otoño in Madrid, and its work has been featured in American Theatre, Live Design and Stage Directions magazines, and frequently earns distinction in local publications. Boos has won awards locally, including a Pittsburgh Cultural Trust Creative Achievement Award, Pittsburgh Magazine Harry Schwalb Excellence in the Arts Award, and a University of Pittsburgh Freddy Award. She is a past Women and Girls Foundation Women in the Material World designee and a New Hazlett Theatre honoree for Women in the Arts: Founders, Pioneers, Instigators. She is a member of the International Women’s Forum and the National Theatre Conference. 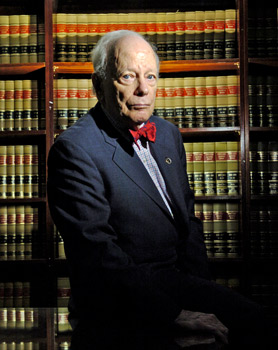 In community affairs, his activities include service as president of the Urban League of Pittsburgh, as senior vice-president of the National Urban League, as Chairman of the Board of Governors of the Joint Center for Political and Economic Studies and member of the Board of Trustees of the University of Pittsburgh, Westminster College and University of Pittsburgh Medical Center. He was recently awarded a Doctorate of Laws by Westminster College.

He and his wife, Jane, have been married for 66 years. They have two children, Michael and Lisa, who live in Squirrel Hill. 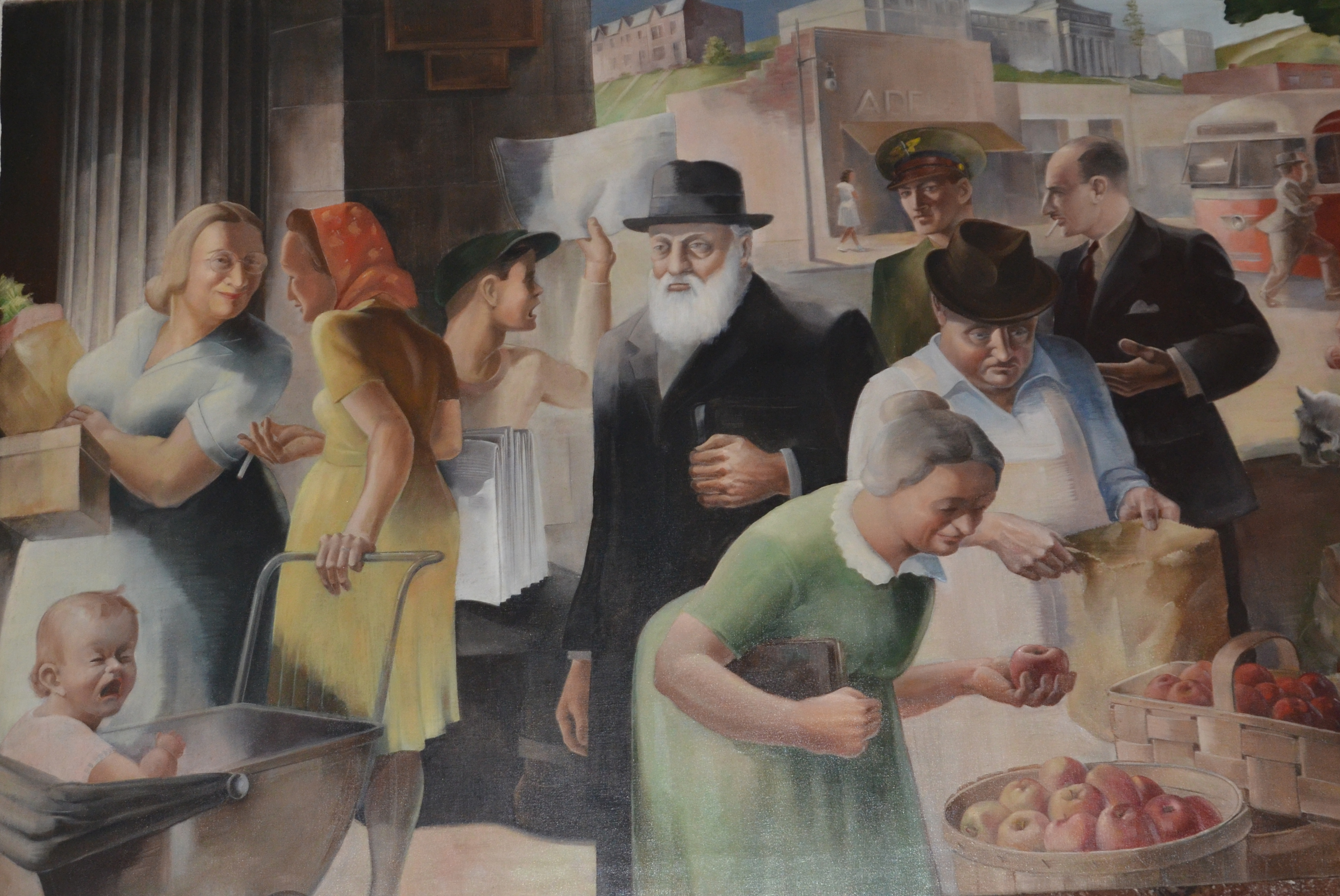 As part of the New Deal effort to stimulate the economy, the federal government embarked on a massive program of public works construction. Across the country thousands of post offices, courthouses, bridges and dams were built. But by far the most visible and publicly recognized of these constructions were the post offices. Often mistaken for WPA art, all of the Post Office art was commissioned by the US Treasury Department’s Section of Fine Arts, whose primary function was to select art of high quality to decorate public buildings. Artworks were expected to reflect a town’s heritage in some way. Popular subjects included local industry, agriculture and history. Unlike the arts programs of the Works Projects Administration (WPA), the Section was not a relief program and commissions were merit based. The Section administrators hoped to create a uniquely American art via the mural program. Artists were requested to work in the “American Scene” style, which was only vaguely defined, suggesting a straightforward realism portraying subjects easily recognizable by every American.

Alan Thompson, born in England in 1908, attended Carnegie Institute of Technology and Pittsburgh Art Institute and was a member of the Associated Artists of Pittsburgh. He was an illustrator, and an artist well known for his paintings of the Pittsburgh area. In 1942 he painted History of Squirrel Hill, which employs a popular compositional technique in post office painting – a combination of past and present scenes. Bridging the past and the present is a Daniel Boone-like character, rifle in hand. He looks calmly on the bustling present of 1942, but is clearly part of the violent past, one replete with Indian attacks on European settlers.

In the amusing tableau of the present one can see Squirrel Hill landmarks like Taylor Allderdice school and the storefronts and urban fabric of the neighborhood, peopled by a diverse Squirrel Hill crowd. A bearded Orthodox gentleman in black hat and coat dominates the panel deep in his own thoughts. More engaging is the screaming baby in a carriage, looking out toward the viewer, while his mother, cigarette in hand and engrossed in the local gossip, is oblivious to her child. Meanwhile a dog on-leash longingly eyes a nearby fire hydrant.

This and more can be seen in this wonderfully entertaining work of public, government-funded art at the Squirrel Hill Post Office – a true local treasure!